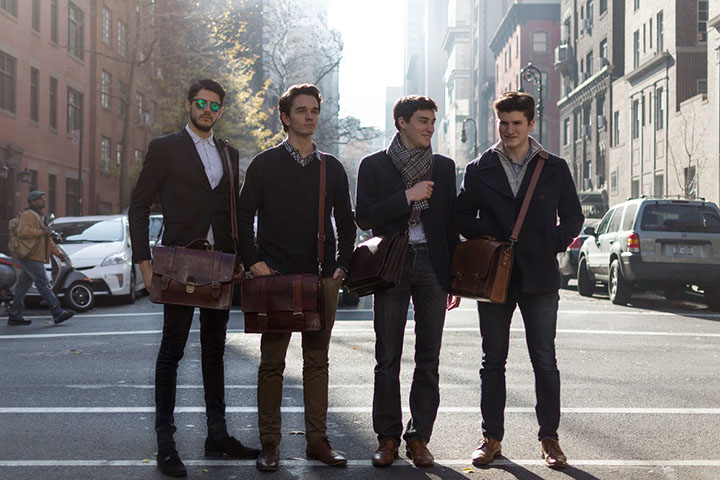 The Knickerbocker Coffee Company and Gramercy Supply Company are two distinct ventures co-founded by undergraduate students Kyle Harrison and Gavin Wax. Harrison and Wax, two full-time economics majors in the Weissman School of Arts & Sciences, launched the companies within months of each other, showcasing their love for coffee and keen eye for men’s fashion in the world of e-commerce. The pair has since expanded their companies, selling their distinct products—single-estate origin coffee and artisan-crafted men’s bags—to individuals and companies on a national level.

Gramercy Supply Company, the first of the two ventures, was founded in October 2015 in Gramercy, New York. Upon an inquiry on the price of an American leather bag, business partner Nassim Regragui, a Baruch student of French-Moroccan origin, brought his equally-priced, custom-made bag to the attention of Harrison and Wax, as well as former partner Guillame Oosterlinck.

The team of four realized the potential that the artisan-crafted bags could have in a dominantly manufactured American bag industry and, consequently, began building their own brand. After learning about the Free Trade Agreement, the partners found a specific Moroccan artisan to craft what they wanted and devised a plan for supplier-importation.