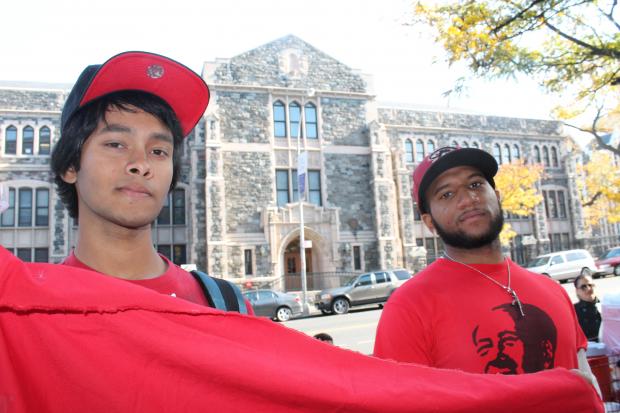 Addressing the CCNY community via letter, Coico said that “despite our disagreement, we agree that one of our many priorities is to provide students with sufficient access to networks and contacts for getting jobs after graduation, and the expansion of the Careers and Professional Development Center benefits all students by providing access to essential resources for transitioning from college to careers.”

The two sides were also open to a replacement for the Morales-Assata Center, providing many of the same components:

“We talked about the development of a permanent City College Urban Center that would include the food co-op program, women’s resources, student-run mentoring, volunteerism, and be open to all political persuasions. But this is only a start. With continuous collaboration among students, faculty, staff, and the community, the City College Urban Center may evolve to include additional services.”

In the letter, Coico also said the college was “working with the college’s property management staff to establish a process for the return of items that were previously in NAC 3/201.”

As The Campus previously reported, RSCC leaders Tafadar Sourov and Khalil Vasquez  were approached by CUNY security yesterday morning after class. Officers told them they were suspended and removed them from campus. It is not known how long the suspensions will last.

In a post on the Liber8 CUNY Front Facebook page, Vasquez said that regaining the center is more important to him than his suspension:

To be barred from Campus yesterday is not as big as a tragedy as losing the M/S center. To be the most honest, I care more about having the space, than Getting the Bourgeois degree. The Morales/Shakur center was a community that was more than just the CCNY students or Harlem. It was a conjuncture of the Future, it was the Future being seen in the present. And now due to the seizure of the Morales/Shakur center, only a struggle to create a new future can stop the Militarization of our institution.

Speaking with DNAinfo, Sourov feels the punishment is the college’s attempt to end the fight for the room. “This is them targeting the leaders and trying to kill the drive to save the Morales/Shakur Center,” he said.

More as it becomes available.